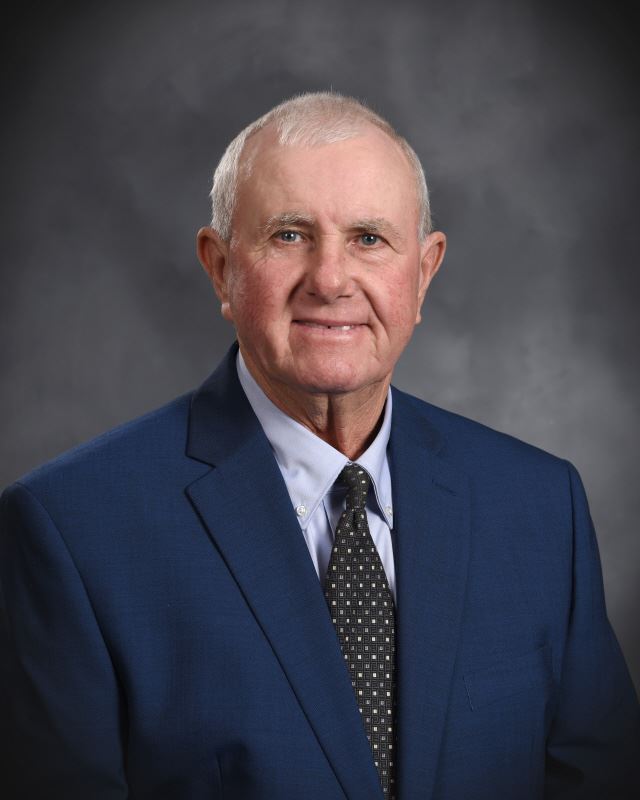 First elected in 1992, Supervisor Jessie Medlin is the longest-serving Supervisor in DeSoto County. He is currently serving his eighth term representing District One (PDF) which covers the eastern part of DeSoto County including, part of Olive Branch and the communities of Fairhaven and Ingram’s Mill.

The old Ingram’s Mill Schoolhouse is where Jessie met the woman who would become his wife.  “It was the 4th of July and I was with some of my buddies when I saw Janet.  Once I saw Janet, I only had eyes for her.”  Jessie and Janet married in 1974.  They raised their three children in Olive Branch.  Their family has now grown to include their children’s spouses and 5 grandchildren.

Jessie Medlin was born and raised in DeSoto County.  He graduated from Olive Branch High School and was very active in youth baseball.  Jessie served as president and coach of the Olive Branch Sports Association for 14 years.

Jessie is driven by a strong work ethic.  He worked at Allen’s Big Star grocery store for 19 years, owned and operated two convenience stores, and has been a successful Cattleman for more than 40 years.  Jessie believes being the eighth of nine children had something to do with his dedication and drive.  “My family was rich in many ways, but financially we did not have much, therefore, I learned to work hard and plan for tomorrow.”

Jessie’s ability to plan for tomorrow is something he brought with him to the Board of Supervisors.  When Jessie took office in 1992, there were fewer than 74,000 people who called DeSoto County home.  Now there are nearly 200,000. Jessie helped make sure the County was prepared for the influx by advancing economic development, expanding services, and enhancing Infrastructure.  “One of my proudest accomplishments involves the extension of Church Road from Getwell to Highway 305.   I knew back then that we would need five lanes to serve as a major east-west corridor”

Jessie’s dedication, leadership, and approach to service was recognized when he was named the first Supervisor of the Year for the Mississippi Association of Supervisors.

"DeSoto County has always been my home and always will.  I’ve continued to run for Supervisor because I care about the future of my family and yours.   I want to make sure DeSoto County remains a great place to live, work, and raise a family.”